There has been a recent growth in popularity of the app called Pokemon Go here in the UAE. But before you dismiss this as a contradiction towards the outdoor lifestyle by saying that apps keep you indoors, hear me out first. 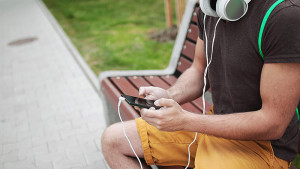 The app thrives on using the world we live in as a place where one can find virtual monsters; hence, it encourages people to go outdoors, and with luck capture “Pokemon” in the UAE. I’ve had my fair share of the action myself and I have to say it is very tiring walking around and running the jogging track along Jumeirah Beach while capturing Pokemon on the side. This is where I found Broderick’s to be very sufficient for my grumbling stomach and oh, not to mention, keeping me going for a few more kms.

Some backstory about these delectable treats first – Broderick’s was founded by two brothers based in Ireland, and the idea behind the treat is that it’s sort of like a marshmallow, a biscuit and a chocolate bar all in one package. They have three different variants with a fourth one being an assortment of the latter three. It’s an energy loaded snack for those who want something to keep them going for longer. It’s made for outdoor enthusiasts and Pokemon trainers just like yours truly!

“Broderick’s is the next best thing in snacking on the go. It is a great mix of everything that is good. It’s not for the boring class. Take a monster bite and you’ll know.” So believes Nouman A. Siddiqui, Brand Marketing Manager at Aramtec, who distribute the products across UAE. 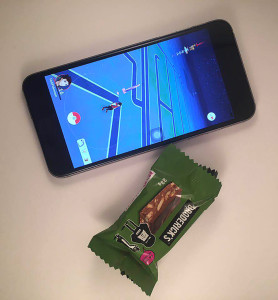 Long story short, I had an enjoyable run at the beach thanks to two things – Pokemon and Broderick’s. For me, the two work hand in hand since the latter cannot keep me
going further to become better with the former. Broderick’s tasty treats give me all the satisfaction I could ever want from a snack bar. My only gripe is that it only has seven pieces per pack! This is cause for concern since they are so delicious that I always find myself wanting more.

My favourite has to be ‘Tiff Toff in the Tuffen’. I even brought an entire pack of it for a Pokemon field day at our nearby park. After a tiring jog coupled with some great Pokemon captures, I am always happy to sit down by the grass and indulge myself to a piece of Broderick’s. That’s all for now!

Available at all major supermarket in the UAE