Book Review: Give or Take?

Don’t let the unassuming title fool you; like the surface of a placid lake it only hints at the depths below. As you start turning the pages it becomes obvious why this book must be so understated. “Give or Take?” focuses upon scuba diving’s most controversial, divisive and enduring argument: Which is the best protocol for emergency air-sharing? 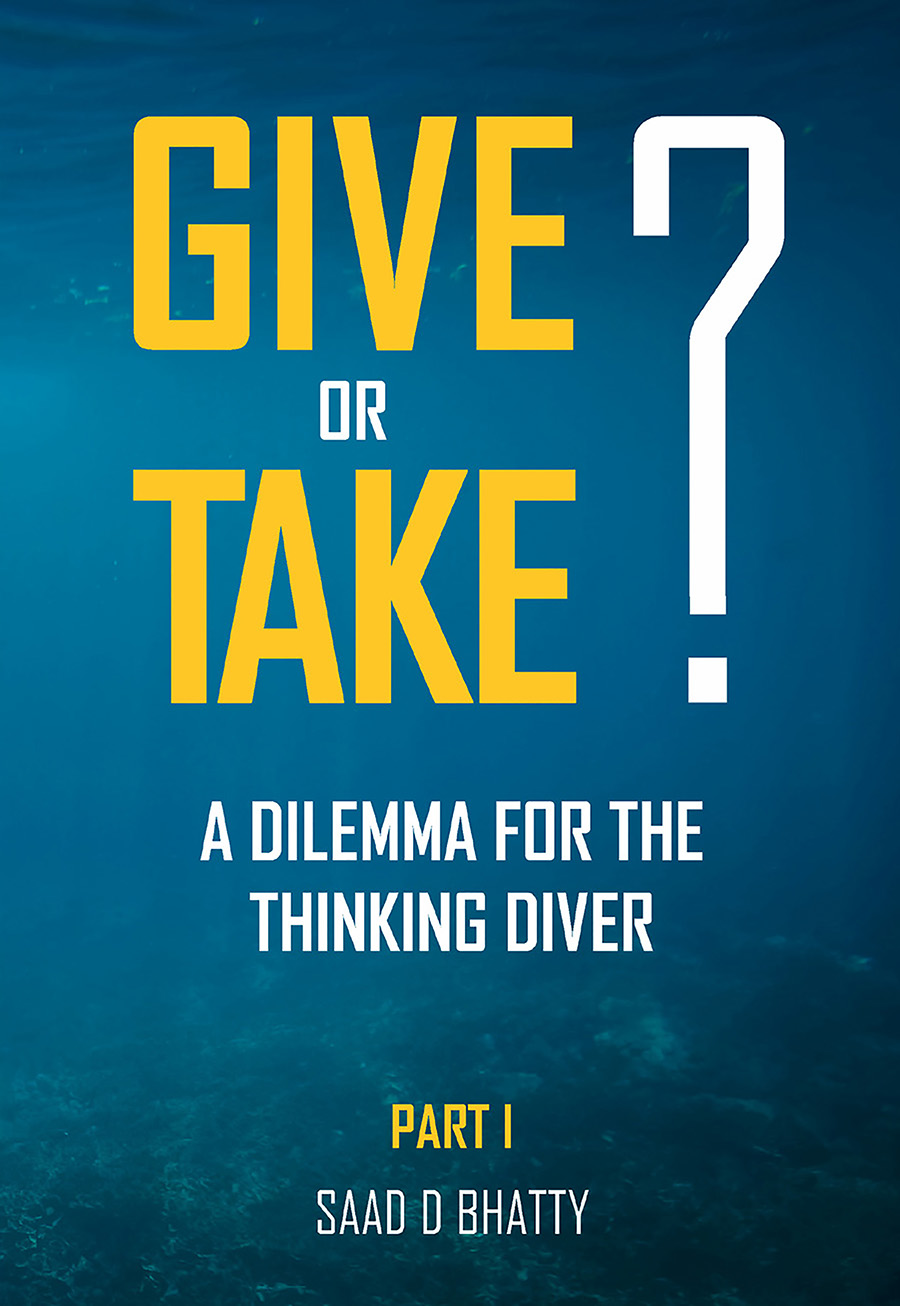 The author had to navigate along a tricky path, neither inflaming the debate nor sugarcoating the truth. He also had to simplify underlying technicalities so less experienced divers can also understand the dilemma. A fairly daunting agenda and yet Saad D Bhatty seems to have thrived on the challenge. The book is quite an enjoyable read, offering a ringside seat as air-sharing protocols slug it out against the harsh backdrop of out-of-air realities. 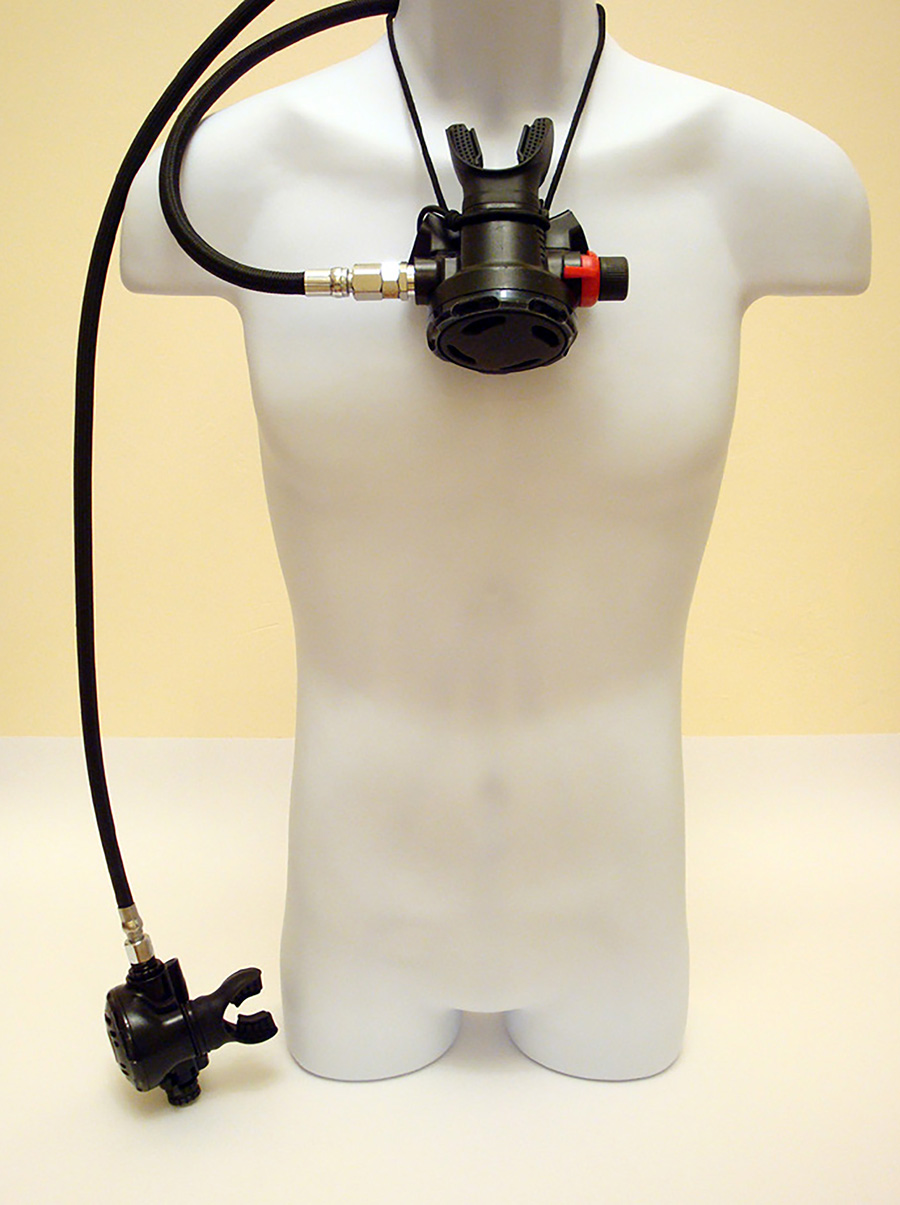 “Primary Give” uses primary and secondary DVs. Secondary is worn on a necklace under the chin. When required, donor gives primary to OOA diver and switches to secondary.

OOA emergencies are fortunately uncommon, but one of the first things new divers learn is how to share air with a buddy. This is where it becomes complicated. Not only are there different ways to share, but opinions (on which approach is best and why) remain divided.

On the one hand, we have “Primary Give” where the donor gives his/her primary regulator to the OOA diver. On the other hand we have “Secondary Take” where the OOA diver takes the donor’s secondary. This choice is generally misunderstood and sometimes misrepresented, further complicating the debate. 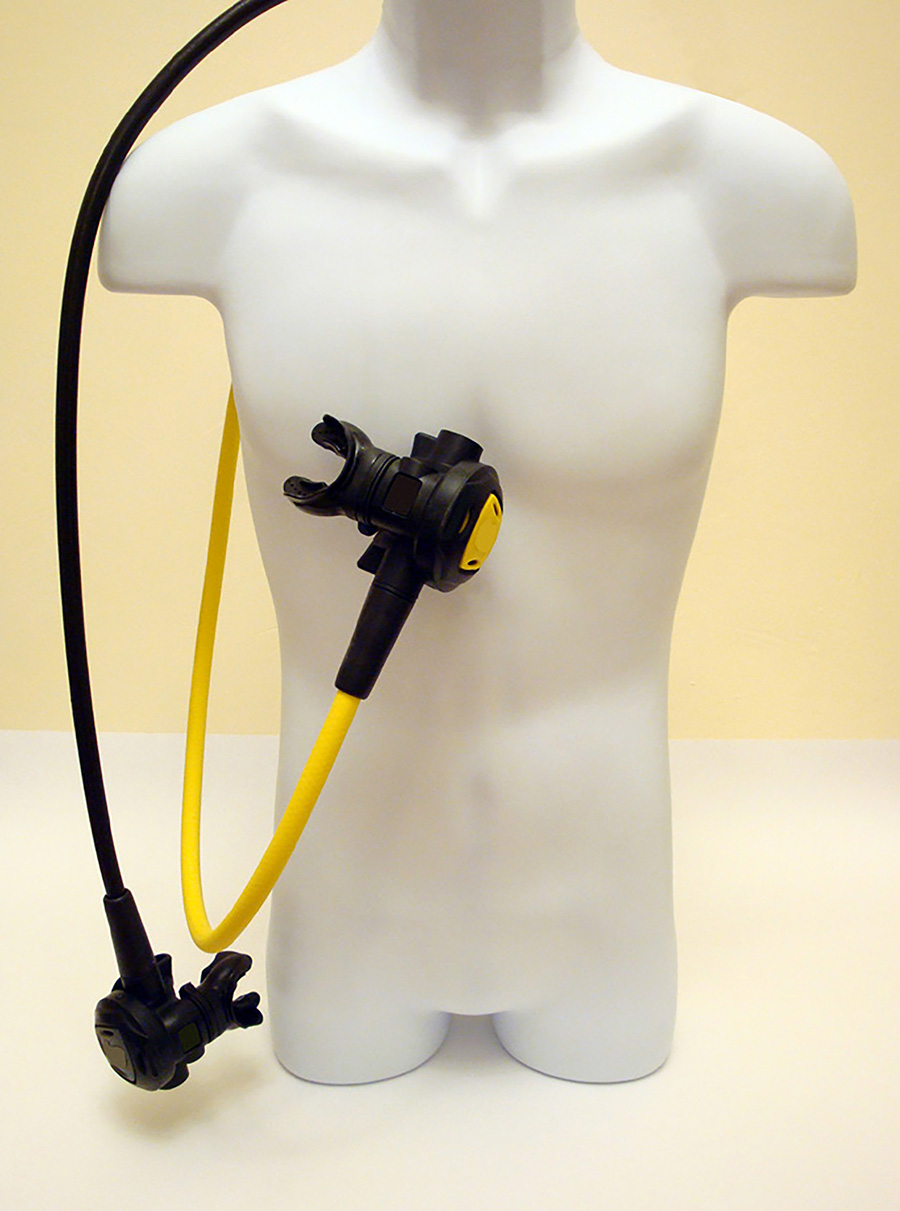 “Secondary Take” uses a designated AS which is coloured yellow and located within the golden triangle. When required, OOA diver takes AS by removing it from donor’s stowage.

“Give or Take?” examines things from all angles. It explores the intricacies of out-of-air emergencies, air-sharing protocols and the dilemma which confronts thinking divers from novices who have just taken up the sport, to experienced divers who have been enjoying it for years. Along the way Saad offers several original insights which will help to enrich scuba diving knowledge and diver opinion at a universal level. His “12 Dimensions” for example, is a uniquely simple yet highly useful comparison of both protocols across a range of critical aspects.

Written as an engaging discussion spread over five chapters, the book is replete with photographs, illustrations and the author’s own sidebar commentary which make the journey enjoyable and even entertaining. “Give or Take?” doesn’t claim to have all the answers, but it will definitely give you lots to think about. And who knows, it may just save your life one day. ■ 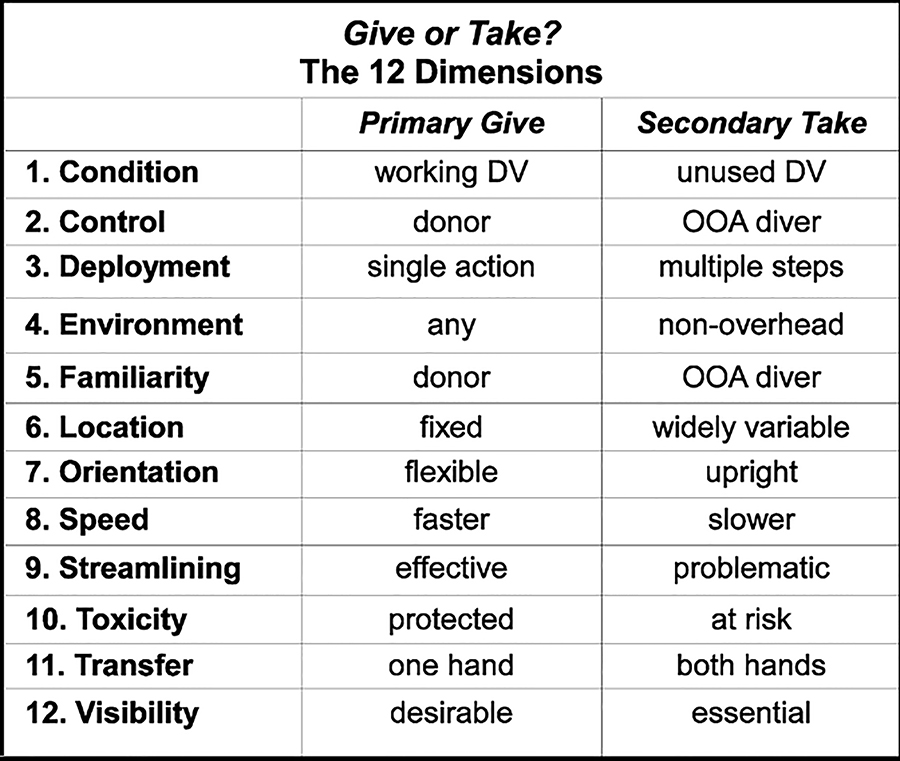 There is a lot more to air-sharing than meets the eye. Here are 12 different ways to look at it.